Track and Field trains and meets Olympians over spring break 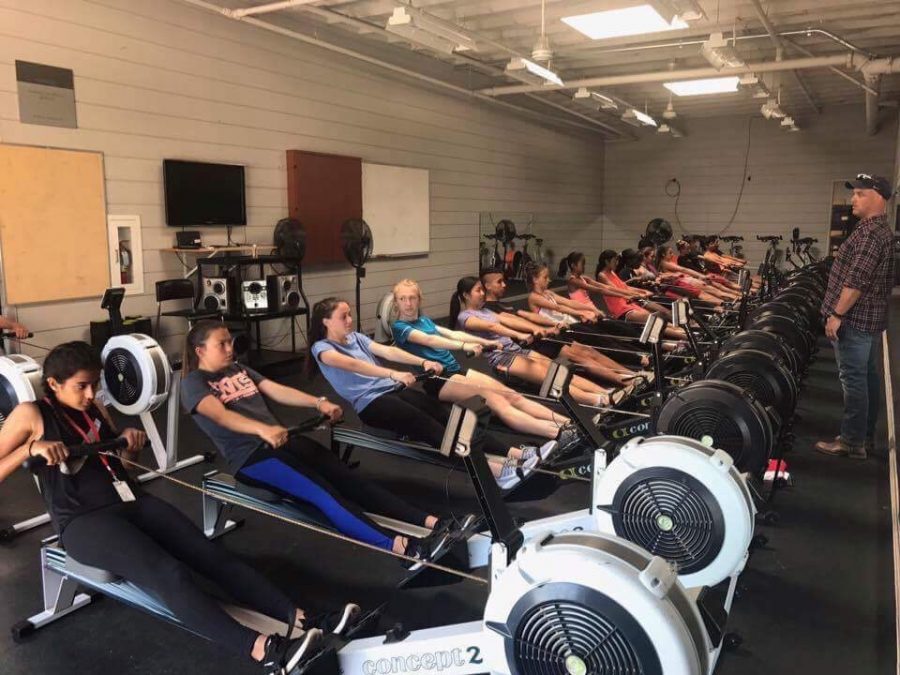 The track and field team trained at the Chula Vista Olympic Training Center near San Diego over spring break from Monday through Thursday. The team spent four days training in the gym and on the track, along with numerous bonding activities in preparation for the current season and the Arcadia Invitational. The Arcadia Invitational is one of their most important invitationals, and it also took place during spring break shortly after their stay in Chula Vista, Calif.

“The facility was way better than any place we had trained at before,” senior and captain Meagan Oefelein said. “The team definitely got closer after spending four days together because did plenty of training and fun activities.”

This experience was a first for everyone on the team because they had never trained there in the past. Due to their CIF championship wins over the last two years, the team decided they should train in a better-equipped facility. The teams’ time spent in the Olympic facility also allowed them to meet some Olympic athletes who use the center too.

“The Paralympic athletes definitely shed a new light for me,” junior Jeffrey Vu said. “These athletes had to overcome such a huge barrier to pursue their track careers, which requires so much dedication and time and I think that’s really admirable.”

Besides just training, the experience was crucial for the team bonding-wise because it helped them develop closer friendships than they had before.  The team achieved these tighter bonds by living with each other and participating in plenty of team-building activities.

“We had ping pong and smash tournaments during in the down time,” senior and captain Justin Sylvia said. “Although what really brought us closer besides just the training was the fact that we spent all our time with each other, which is something we aren’t used to doing.”